The word tattoo is a loanword from Polynesians (Tahitians) which had various spellings such as tatu, tattow, ta-tu, tatao which means “to mark”. This word was brought to England during Captain Cook’s voyages from Tahiti where he was introduced to tattoos.

Female mummies in Egypt are the earliest known to put tattoos on their bodies dating back to 2000 B.C.

Individuals have had varying uses and meanings for tattoos depending on their culture and tradition. For example; tattoos were used by women in Bomeo for purposes of getting a suitor. Women would put marks on their forearms showing the skills they were excellent in and thus attracting men who would later marry them.

In Greece, tattoos were used as a form of communication. In Western Asia, mainly among the people of Ainu; the use of tattoos was a way of showing one’s status in the society. For example, married women would easily be distinguished by using tattoos.

The Philippines used tattoos as a certain form of accomplishment, power and rank among some communities. They believed there were magical qualities associated with tattoos. In Taiwan, tattoos were used to demonstrate “completeness” of a person. For example, a man of the tribe of Atayal who had facial tattoo meant that he was able to take care of and protect his family. On the other hand, a woman from the same tribe with a mark on her face meant she was fit to weave clothes for her family and perform household chores.

In the 1700s, tattooing was performed hand and ink, resulting in a slow and painful process for many which made its popularity fade away gradually. However, with the invention of the first electric machine in 1891 by Samuel O’Rtiely, tattooing quickly became popular with all social classes.

In early days, there were no standard methods used to remove tattoos compared to today. The methods used were quite painful, took a long time, and often caused infections and complications on the skin. The main method used was a “tearing away the skin” until no ink was seen. Other methods included; use of chemicals, dermabrasion and surgical excision among others. Some of the chemicals used were tannic acid, phenol solution and silver nitrate.

It is important to note that, for any kind of tattoo to be removed, it must be at least 6 to 8 weeks old. This period gives the skin time to heal and therefore helps avoid complications. Effective tattoo removal also depends on its color. For example, black is easier to remove than color tattoos. Smaller tattoos are removed faster than larger ones and older tattoos are easier to remove than newer ones. Smoking and drinking habits also play a factor in the ease of removal for older tattoos.

Today, the use of laser technology has made removal of tattoos more effective compared to older methods. However, with the invention of saline tattoo removal, it has not only become easier but safer. Due to its natural removal process, it has no side effects as opposed to laser removal. If you have bad permanent makeup or tattoo regrets and are looking for lightening or removal in Yuma, AZ, call us today for a free consultation! 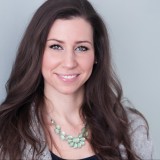